Despite gains overall, women are still under-represented in leadership positions in science, technology, engineering, and mathematics (STEM) fields.  Data in the US suggest around one-quarter of deans and department heads are women; in science this drops to nearly 1 in 20. Part of this problem of under-representation stems from the population pool: only 33% of science and engineering doctorate holders employed in academia are women. Other issues include well-known problems of women’s participation in STEM fields: lack of role models, unconscious biases, discrimination, and unwelcoming climates.

Why is it that progress for women in STEM is so abysmal and how can that be changed?

The gender STEM gap may start in the classroom, but it culminates in the boardroom. Studies have shown a “Confidence” gap because women are underselling themselves, too. 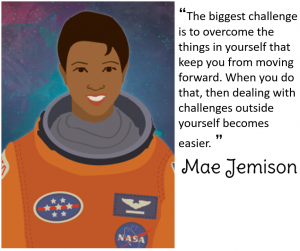 Although there are no observable skill gaps and both genders score equally well in objective assessments, women underrate themselves in digital acumen and technology skills when asked to score their own effectiveness.

So, the stark truth is that women’s lower self-ratings contradict the hard evidence, suggesting the only measurable difference between men and women is that women have lower assuredness in their own digital acumen and associated readiness. Combine this self-efficacy gap with the fact that women are less likely than men to seek out leadership roles and promotions, especially in male-dominated industries where they get less support and may even be intimidated by cultural norms.

These dynamics create real and perceived barriers to women being invited to take advantage of leadership opportunities. It also diminishes a sense of inclusion that can fuel individual contributor confidence to take the leadership leap—all exacerbated by a lack of proactive sponsors that help build the internal and external professional networks needed to propel women forward.

While the popular focus is on increasing “women who code”, this is short-sighted. What technology really needs is the ascension of women who are ready, and asked to step up to key leadership roles. ~ By Stephanie Neal and Audrey Smith, Ph.D.